The purposes of the Normandy Park Community Club are two-fold:

Under the original plat of 1929 all properties within certain boundaries have equal and undivided rights in an 18 acre beach front plat known as Lot A. For many years, nothing was done to improve this property except for some improvements on the beach. In 1956 and 1957 the Community Club sponsored a series of presentations concerning improvements which could be made on Lot A for the community benefit.

To finance this huge undertaking, a pledge drive was organized and 640 families contributed $100 per family. The present Cove building was built in 1959. Subsequent donations have been used to improve the building, pave the road, and grade and improve the drainage on the property.

The Board of Trustees also administers the affairs of the Community Club. An annual maintenance fee of $50 provides the primary source of income for Community Club functions, the cost of beach and grounds maintenance and beach security. In addition the fees are used to provide the Cove Building free of charge to groups such as Boy Scouts, Girl Scouts, and functions of general community interest. Fees also help defray expenses of the publication and mailing of the Club Newsletter, which is mailed to all Lot A owners, and other Community Club activities which are not self-supporting. 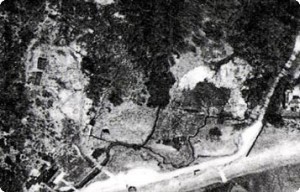 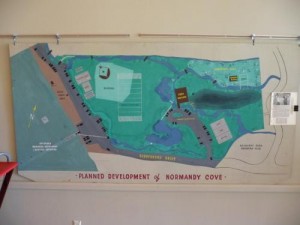 Development Plans for The Cove.